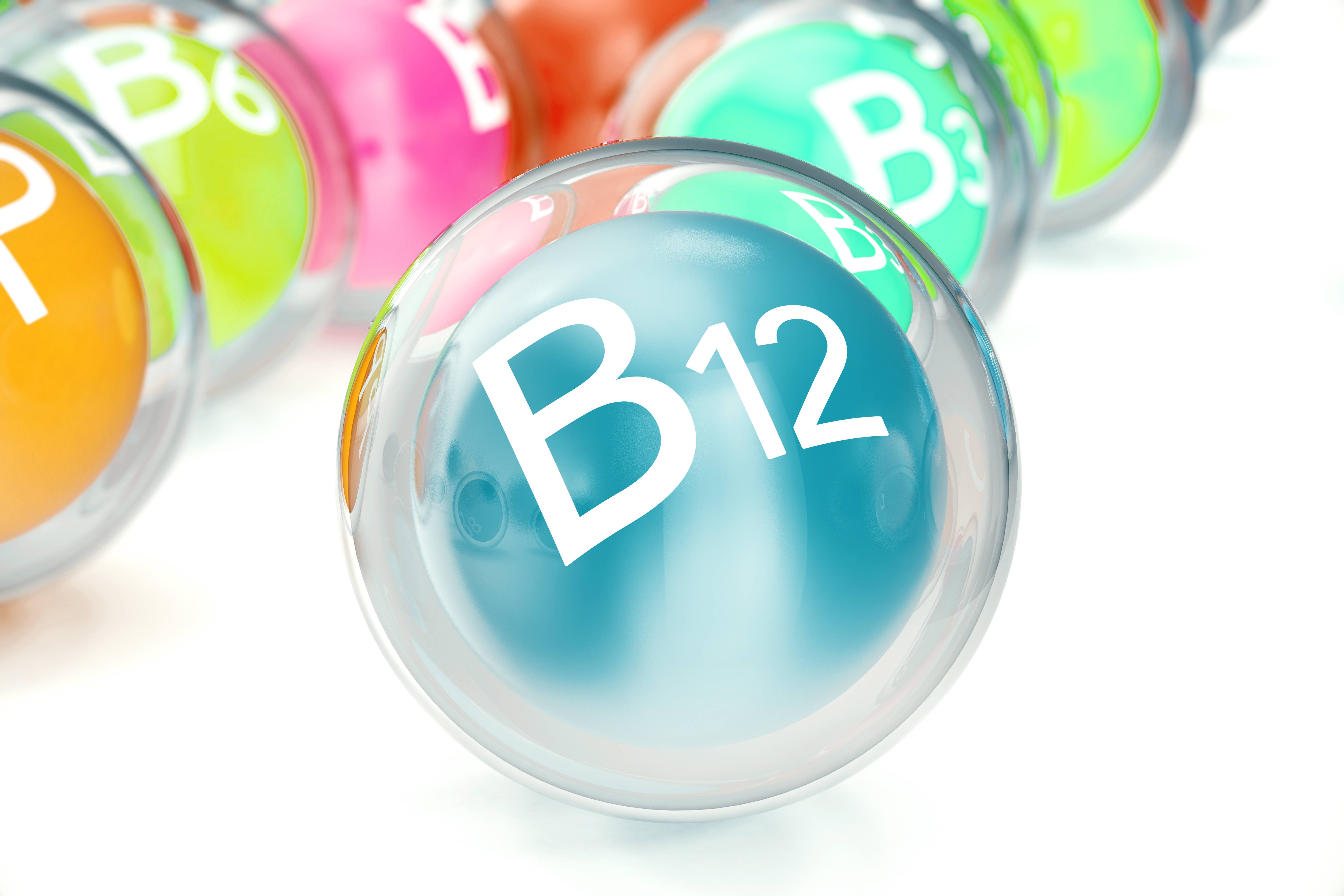 Vitamin B12 is a water-soluble vitamin synthesized in the human body by bacteria. Because it contains cobalt ions, B12 is also categorized as a cobalamin, which also makes it one of the larger and more complex vitamin formulations.

B12 is mostly gained from the consumption of animal products (meat, egg, dairy), hence vegetarians and vegans are often lacking. Nutrient deficiencies, including B12, is also consistent in those suffering from digestive conditions like IBS or Crohn’s. For these individuals and anyone deficient in B12, there are many potential negative symptoms including fatigue, weakness, constipation, balance troubles, mental fogginess, peripheral tingling, sadness, and cognitive impairment.

At its worst, cognitive impairment as a result of B12 deficiency can result in “hematological changes, neurological and psychiatric problems, which can manifest as irritability, changes in personality, depression, and memory loss (Sangle, Prerna et al., 2020).

A 2011 study, published in the Academy of Psychosomatic Medicine, noted that even slight B12 deficiencies have been shown to cause “neuropsychiatric symptoms in patients.” Conversely, Vitamin B12 supplementation in conjunction with folate resulted in cognitive improvements.

In a case report out of Bitlis State Hospital, Department of Neurology, Bitlis, Türkiye researchers presented treatment of a 33-year-old woman complaining of “sad mood, fatigue, lack of interest, sleep disturbances and weight loss” following a loss in her family. The patient had no history of mental illness but was recently diagnosed with major depressive disorder. This diagnosis preceded psychiatric treatment along with prescription therapy that proved ineffective.